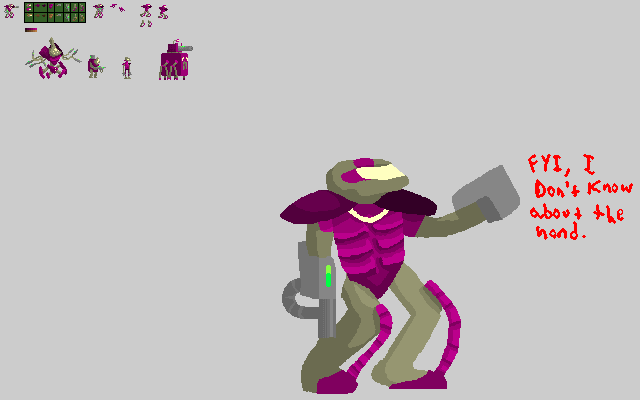 IAH's (pronounced "yah") chosen are the evil overlords that completed IAH's trial, they are living dead forever bound to their casks and to commiting evil acts in the name of IAH for the rest of their existences.

The chosen reside in the tower of evil, a massive structure on the plains of purgatory, they make frequent forays into the plains to find neutral souls that they can forcibly convert to become their minions. The chosen's minion army is ever changing due to the decaying nature of the techniques they use to trap souls in the minion bodies.

Purgatory is the place normal people go when they die, purgatory is full of neutral souls:

The grunts used by the chosen are neutral souls: the denizens of purgatory, using their power to reshape and control coupled with their extra prception; the evil overlords have converted their bodies and minds, turning them into their minion slaves.

The chosen have many individual powers ranging form control of fire and elemental forces to using vocal spells that can convert enemies or destroy them but their defining power is their precision, control and perception of the world. The chosen can see how things are made at a glance and can reshape those things using techniques that vary from one chosen to the other.

Being part of the chosen makes you an enemy of many conflicting powers, the Angels will immediately be the most important of these because of their opposing allegiance to purity and their zealous commitment to good, had you commited one sin during your lifetime you would not qualify to to be an angel.

Retrieved from "https://picturewars.fandom.com/wiki/IAH%27s_chosen?oldid=4429"
Community content is available under CC-BY-SA unless otherwise noted.